Day 6:  March 13, 2012 - Tuesday
Our workers are still doing some finishing touches in the kitchen and some areas. Now, that my room was finished, I gather all my stuff that I put in black garbage bag and returned it into my room. The hard part starts putting them back. Yay! 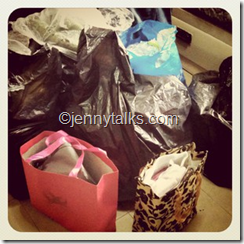 Also, I had to sort my old clothes to be given away or can be sold on our garage sale soon. 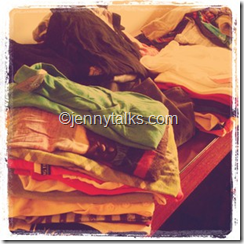 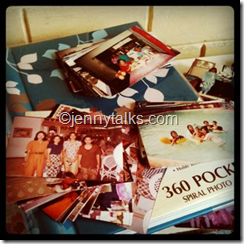 Most of the stuff in our living room are still at the garage, I managed to sort our albums. I had to throw away all the old albums that can’t hold pictures because the stickers don’t work anymore. I’m glad I had 2 spare photo albums, which I’ve bought in Sydney couple of years ago and they can hold 360 pictures each. There I was able to transfer some of my old photos and the loose photos too. Wow, it was organized now.

Also, I was able to properly put my bags, shoes, cosmetics and other stuff back in my room. Hooray..

Mom is still cleaning and tidying up while our garage was packed with our things, from books, bike rack like that of kuat bike rack, vases, magazines and other stuff. I got 3 large plastic bags, one is for papers/boards, bottles/plastic containers and the other one for stuff that we can sell or share.

Our place is still messy but we’re almost done with our house project. Yey. It’s a tiring day… It was already 7 pm when I took a bath.
Posted by admin at 6:43 PM