I was only able to watch Twilight, New Moon and Eclipse on DVD because during the times it was shown in theaters I really have no intentions of watching it since I'm not a fan hehe. Been hearing lots about this Twilight series from my nieces and friends and they encouraged me to watch the movie. So with a lot of curiosity, I watched the first series alone at the house and I was impressed and wanted to know more about Bella and Edward already.

Wanting to catch up with the story,  I decided to watched the other series on DVD up until Eclipse then went to see Breaking Dawn part1 in theater already with my nieces last Dec. 2011 and then I got hooked.
Just last November 25, me and my 2 nieces went to watch the last Twilight series: Breaking Dawn Part 2 at Robinsons Galleria in Ortigas. We've got the 4 pm slot since my nieces came a bit late for the earlier showing. While watching the movie, my niece Kath was really at the edge of her seat while I'm so attentive and trying to enjoy all the fight scenes and all. It was a good movie and too  bad it was the last series already. I never liked watching vampire movies but this one definitely made me watch.

Afterwards, we ate dinner at Pepper Lunch and strolled the mall for an hour or so before heading home. We had fun and I'm sure my nieces are happier because I paid for the movie tickets and dinner hehe 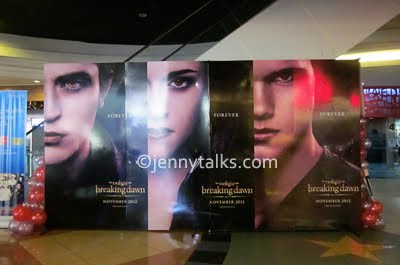 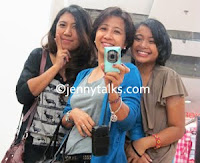 Email ThisBlogThis!Share to TwitterShare to FacebookShare to Pinterest
Labels: Movie