Exercised My Right to Vote 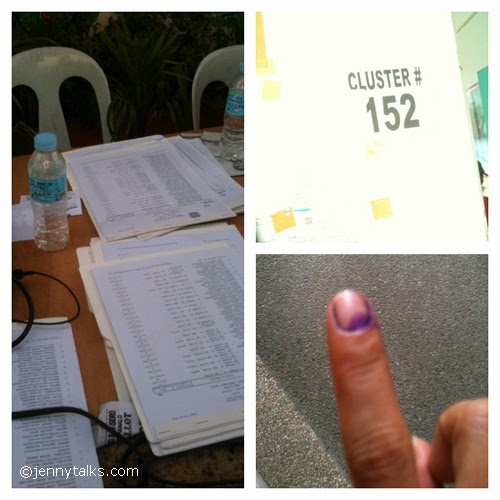 Actually, I should have posted this last week when our nation had another national holiday because of election.

It was on October 28th when a Barangay election was held all over the Philippines except for some parts of of our nation like Bohol, Cebu and Zamboanga because they are affected by the 7.2 earthquake and civil war respectively.

Barangay is the smallest political unit of the government and it was headed by the so-called Barangay Kapitan along with Kagawad that will make Barangay ordinances and laws. Some of my family members voted in the morning while me, my mom, bro and his wife voted in the afternoon.

Upon arrival at the local elementary school where we always vote, we asked for our precinct numbers and it took only few minutes to know because it's computerized. Voting is a breeze and it only takes 5 mins or so to vote. I voted for 1 Kapitan and only 3 Kagawads.

That night, we already heard loud fireworks and it signals that there are already winners. In the morning, there is are motorcades of winners. It was festive, noisy and a lot of merry making. I am most sure that those politicians that won had party and or get together with drum, lyre , guitars playing to celebrate.

Oh BTW, the Barangay Captain that I voted won! While the 3 Kagawads didn't make it .. awwww..I just hope that he'll do good in his position which I know he will.
Posted by admin at 7:48 PM