Essential Strategy Tips in Playing Force of Will TCG

Force of Will is one of the sought after game that was released early in the year of 2015 in the United States. At that time, most player have thought about how this game can stack up at the same time, why must they invest to this new trading card game.

In this article, you will be provided with some helpful tips that you can use whenever you are playing Force of Will TCG.

An instance card is commonly a normal spell and not a resonator, which could be played at any time of the card game as long as you acquire the mana. Bearing in mind that it could be used at any time of the game is essential for this maximizing optimal plays. You will find “Quikcast” resonators, which could be used while an instant normal spell is used. The ideal way to plan the usage of your mana is to manage of your turn as well as your opponent to be one turn blurred together.

Apart from the counters that will at all times be used on the turn of your opponent, you have countless of other instants. These might involve the banishment, bouncing, buffing, tapping as well as avoiding spells. In addition to that, you want to anticipate on casting on majority of instants for the reason that you just can never tell what your opponent is going to place on their next turn that will lead to the another Force of Will TCG tip..

Do not bargain your hand or make use of mana to your opponent. Keep in mind that as long as you have the vital cards into your hands  and at the same time, if the mana is open, then you could bluff it out. Furthermore, your opponent will need to create plays in accordance to those small factors.

Another tip for Force of Will TCG is that the main function of ruler prior to J-activating is creating up your mana. However, there are lots of rules together with secondary skills, which really be useful. Remember that this card game is not an ace to tell who could J-activate first. However, aggressive decks might pose some intimidation, which builds that kind of illusion. Moreover, this is not the type of game of who could J-activate first as much as the card game of who could play their resources more effectively.

Before you do it, you normally want to have a hand or filed, which supports the ruler. Perhaps, you don’t want to use your J-ruler to a field, which out drowns the ruler and at the same time, prevents it from utilizing its effects. This game acquires rulers also such as Pandora, a girl of the box, which flips to single enter ability. Thus, you want to ensure that you do it at the best time to benefit the most against your opponent. The perfect time will look different according on whom your opponent as well as the elements are creating up your fow starter deck.

Along with these few tips, perhaps, you have gained some important strategies that will make your Force of Will battle more successful and exciting.

Email ThisBlogThis!Share to TwitterShare to FacebookShare to Pinterest
Labels: Game

I've been meaning to open a store at Creative Market since last year but I was hesitant at first. Feeling not confident enough that I will be approve so I set it aside for a while. I was little bit ovewhelemed and discouraged as I know that a lot of good stores are in their store.  However, when I browsed my online stores at ETSY and TpT, I know that I have good and quality digital papers and cliparts that I can boast.

With confidence and prayers, I decided to apply at Creative market last April 15 and 3 days later, I received an email that I can open my shop already!. I was dancing with joy. yey!

I opened my store at Creative Market last April 20 started with just 1 file uploaded. Up to now, I have been uploading my stuff there which I know will take sometime as I have over 300 products already. Add to my happiness, after 4 days of opening, i got my 1st sale.. yey.

See you at my store! 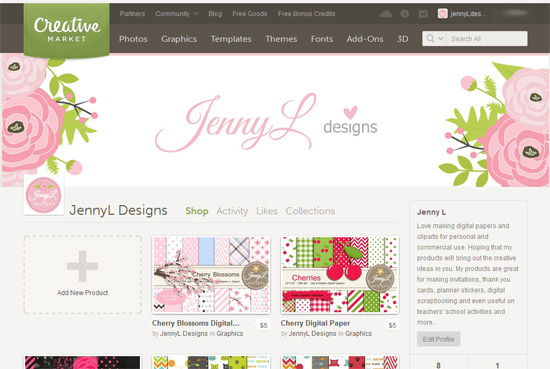 Online games have a lot of variations that you can choose from. Online games are not just normally composed of action figures that fight in the game. Nowadays, online games had already innovated that makes it fun and exciting. They are innovated to provide that fun and excitement that one cannot always find outdoors. There are many online games that render great adrenaline rush on the play. Cardfight Vanguard is one of the games that effectively supply and maximize the game experience indoor. The game is exciting and fun to play. Challenges and game difficulty is rendered to make it even exciting.

The player who chooses their vanguard card on the deck plays this game. When you have a collection of these cards, you can now have the chance to play it referring on your card lists. There are different vanguard clans such as Kagero, shadow paladin, royal paladin, Granblue, gear chronicle,…Collect the best and most powerful cards to compete in the battle. You can find vanguard cardfight for sale on online shops.

This game gives an opportunity to all beginners and new to the game. This online game has a story that revolves around different collectible card games having the same name.On a planet like Earth that is called “Cray”, you are battling with the opponents with the help of the units you have. The card fighter becomes a vanguard. He is the one leading the units in the fight towards victory. This game Cardfight Vanguard is available in Korean, Japanese and Thai and is soon to be available in Italian. It is played in many parts of the world.

This card game is thrilling and nurturing millions of players all over the world. Cardfight Vanguard is a good game to count on when you feel bored. This game has a new episode that everyone wanted to play. This episode will be available in YouTube on April 17, 2016 onwards. The story runs this way.In the organized major event by Federation of International Vanguard Associations, a “generation quest”, Shion, Tokoha and Chrono have overcome a lot of trials in their quest to obtain victory as a teamTRY3. They do all the possible things that they can using power, intelligence and strength to achieve their goal.

This generation quest is also used to summon the unit after the unit of Gear Chronicles, Zodiac Time Beasts to Earth. When all of them have been gathered under the power of Ryuzu Myoujin, the ultimate ambition will soon be fulfilled. So, in order to secure the bond, they must remain with the units that they love. Kouji Ibuki and the rest of the comrades are taken action to stop that ultimate ambition but opposing them is a group of mysterious troupes that agree with Ryuzu’s ambition and idea. What s that ambition in the perfect future? Well, the time will come for a confrontation.

This online game can be very exciting to all. Like any other online games, this one also have its own episode and story being told. The rest of the story is on the player to tell on how he manages Cardfight Vanguard on his own.
Posted by admin at 1:39 PM No comments:

Summer... oh summer here in my part of the world. Talk about heat and humidity then nothing can beat the heat that we are experiencing these days.......... 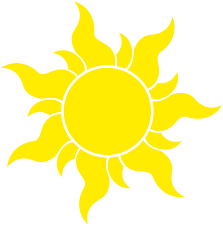 Imagine days with temperature ranging from 35C - 37C with heat index of 40-41 wow... that is so hot! PAG_ASA said that it will become hotter this coming May so we must be prepared. Staying away from the sun, hydrating our self with water all the time and wearing light cool clothes are just some of the things that we need to keep in mind in this summer day.

It's even hard to imagine the weather like in the North and in Mindanao where there is drought all over the agricultural lands brought by summer and the El Nino phenomenon. Farmers don't have any harvest this year bec. their crops are dried out by heat. Their lands have cracked due to lack of water. They need miracle, they need rain. Oh dear...

Summer will end probably around end of May and we pray that rain will come soon for our farmers.
Posted by admin at 1:35 PM No comments:

Email ThisBlogThis!Share to TwitterShare to FacebookShare to Pinterest
Labels: Weather

Making A Bouquet Of Sweets

Add a little color and fun to any event with candy bouquets that you can make yourself. You can also order them from companies online and add personal touches based on the event. There are a few supplies that you'll need to have on hand before making the bouquets so that you won't have to go off to the store in the middle of your project. Get a few bags of candy bars in various sizes. You will want to mix small bars with larger ones for a fun look and to make it look like flowers. You also need wooden skewers, large foam blocks, decorations in colors and designs depending on the occasion and a container. You also need a glue stick or a glue gun.

Find a container that is large enough to hold all of the candy that you want to use for the event. If you want to use the bouquets as centerpiece for tables, then you don't need to make them quiet as big as something that you would put in the middle of a serving table or the size that you might make to give to someone as a gift. A plastic flower pot is ideal for the container for the bouquet. Glue large candy bars on the exterior of the container so that it's covered. 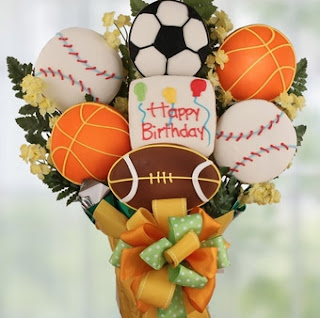 Add tissue paper in the color of the event to the inside of the container. You will also put the foam block inside the container as this is what will hold the wooden skewers once the candy is on them. Add a bit of glue to the back of each candy bar before adding a skewer. Make sure the skewers are long enough so that you can see the candy bars once the sticks are in the foam. When the glue is dry, you can arrange the bars in a fun design or in a haphazard way so that they look like a wildflower bouquet. Add a bit of shredded paper to the area below the candy bars to hide the foam block before wrapping the bouquet with cellophane. You don't have to add the cellophane if you plan on using the bouquet as a centerpiece as the candy will be used in a short time frame.
Posted by admin at 9:42 PM No comments: