Tarot Cards: Where They Come From and What to Expect From a Reading 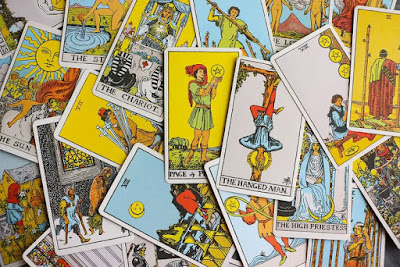 Whether you are looking for advice on your love life or just trying to get a general sense of what you should do next in life, a Tarot card reading might be the right choice to gain this insight. The art of reading Tarot cards is hundreds of years old, and this method of divination taps into powerful archetypal symbols to provide guidance to people even in contemporary times.

Tarot History
Tarot cards, which date back to at least 15th century Italy, were originally designed to be used in playing games. The earliest mention of them as tools for divination is in an 18th century manuscript. As the Tarot of Marseilles grew in occult popularity, game players moved on to other types of cards.

Tarot Cards
A Tarot deck consists of 78 cards known as the Major Arcana and the Minor Arcana. Respectively, these words refer to the greater and lesser secrets. There are 22 cards in the Major Arcana including such figures as the Hanged Man, the Empress and the High Priestess. The Minor Arcana are more similar to modern-day playing cards as they consist of four suites. Traditionally, these are swords, cups, wands and coins, but both the Major and Minor Arcana have undergone many changes and interpretations in various decks, particularly in the 20th and 21st centuries.

How Tarot Works
Tarot readers generally have a dedicated set of cards and one or a limited number of spreads they use for readings. Readings are not just about the individual cards themselves but the interplay between the cards as well as the specific situation of the individual who is getting the reading. Tarot readings can uncover profound psychological truths.

If you're feeling lost in your love life or anything else, Tarot might be one way to provide guidance. A love tarot card reading could guide you to a better understanding of yourself and others and could set you on a new path.
Posted by admin at 6:56 AM No comments:

Email ThisBlogThis!Share to TwitterShare to FacebookShare to Pinterest
Labels: Tarot

Cats Going To Sleep For Surgery

Cats experience health issues just like people do that involve being put to sleep. Sometimes, cats undergo elective surgical procedures with anesthesia, such as spaying and neutering. If you understand cat anesthesia and how it works, then you will likely be more at ease while your cat is in the hospital. Anesthesia is administered in the same way that it is for people. An intravenous line is placed in a leg, and medications are given through the line so that the cat goes to sleep. Vital signs are monitored during the procedure, such as the heart rate and blood pressure. Once the surgery is over, the cat is slowly brought out of its deep sleep with the help of other medications and oxygen. 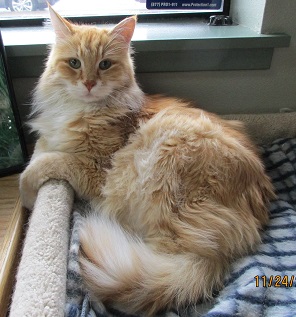 As with all medications and procedures, there are risks involved with anesthesia. However, the benefits often outweigh the risks, especially if the procedure is beneficial for your cat. Some of the reactions include sneezing, coughing, and wheezing. Most of the reactions associated with anesthesia are minor. Cats usually do fine after surgical procedures that involve anesthesia, so there is often no need to worry. Most of the time, your cat will need to stay at the animal hospital for a few hours or even overnight so that the staff can monitor the cat's condition. If there are any adverse effects, then the medical team is there to correct them as quickly as possible.

When you get your cat home after anesthesia has been given, don't be surprised if it seems a bit unbalanced while walking. Your cat will probably want to sleep all day until the medication completely wears off. The vet can conduct tests before the procedure to determine if there are any health concerns that might make it difficult for your cat to receive anesthesia. If there are any present, then the doctor can work to come up with another solution for your cat.
Posted by admin at 3:22 PM No comments:

Why is overcoming adversity so hard for so many people today? Why do so many people feel lost in our culture, isolated and alone? For anyone who has ever gone through a "dark night of the soul," life can sometimes feel hopeless. The reality today is that our culture has become very fast-paced and driven by technology, and these developments have left many people feeling that they are on the sidelines. As humans, we are wired to be with other people and to have a network of support to keep us going, especially during times of adversity. The times when we feel alone are when we are at our most vulnerable, but the reality is that help and support are truly out there. Yes, hope is a reality, and the fact is that there are many people available in faith communities who are ready to support others on a constant, continual basis.

Finding Community With others
Having a part in a supportive, loving community is the key to getting the strength needed to overcome adversity. Many people find this support through the love of their family, or in a school community. For those who lack those social networks, a loving church community can be the key to finding the strength and love that is needed.

Weekly Meetings
Having a church to be a part of can be a life saver for many people. Along with weekly church meetings, many churches also offer ongoing Bible study classes and faith support groups. These groups can be a great way for members to share their struggles and to be in constant touch with people who can give them loving advice and counseling.

Everyone deals with adversity at some point in their life. The key is to reach out ask for support from a loving community, and from God.
Posted by admin at 3:13 PM No comments:

The Many Uses Of Plastic Tags 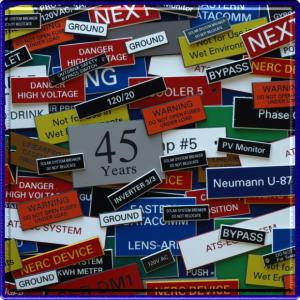 Pipes And Valves
In the industrial world, plastic tags are used to mark important pipes and valves so that workers know what each pipe and valve is used for. You can have custom plastic tags made for your home by following website instructions to click here to make your own tags and create tags to mark your hot and cold plumbing pipes, your main water valve for your home and all of the other valves. If something ever happens with the water in your home, your family members will know exactly what valve to turn to stop the problem.

Room Markers
One of the inevitable results of having guests is that you spend time pointing out where the restroom is in your home. If you work from home, you are often interrupted during the day by family members who forget that you are in your office. You can get custom plastic tags that you can stick to the doors in your home to let everyone know what each room is for.

Exterior Signs
Exterior signs that give your house number and warn solicitors to stay away can be created using custom fonts and materials when you use a professional plastic tag website. Instead of buying generic markers that stand out against your home's decor, you can buy custom tags that match your home and still get the message across.

Custom plastic tags are a staple product throughout the commercial and industrial worlds. But you can get the same functionality out of custom plastic tags in your own home when you find the right website that offers you plenty of plastic tag options.
Posted by admin at 8:45 PM No comments: