Experience Movie Magic During Your Trip to Valencia 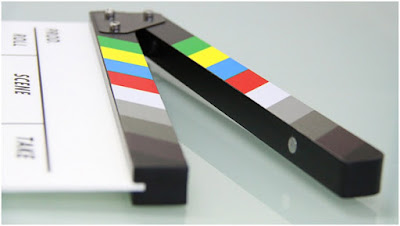 Tucked in the hills north of Los Angeles is the city of Valencia, famed for its succulent orange crops and its ties to some of Hollywood's most famous productions. Visiting the area allows for savoring the natural beauty of the surrounding national forests and enjoying a visit to both Six Flags Magic Mountain Amusement Park. If you’re a big fan of Westerns, then there’s also a hidden gem that you must see: the Melody Ranch Motion Picture Studio.You can get a behind-the-scenes look at how your favorite Western films and TV shows create their magic. There are plenty of hotels in Valencia, CA conveniently close to the action so you can focus on enjoying your time in this exciting destination.

Melody Ranch Motion Picture Studio
The legendary Western singer and actor Gene Autry re-created a 22-acre Western town, ranch, and movie lot here starting way back in 1952. More recently, Melody Ranch has been brought back to modern times, but it still offers a fascinating glimpse into Hollywood's Golden Age, stretching back to 1915.And in fact, Melody Ranch is still used today as a filming location for both movies and television. In addition to a classic main street lined with wooden buildings sporting elaborate facades, seedy saloons, and brick storefronts, there's a Mexican-themed plaza, a full railroad track, and a steam engine.

While most of the buildings are simply shells, some of the interiors are meticulously maintained, such as the saloon featured on the television series "Westworld." Fans of "Gunsmoke," "Django Unchained" and "Deadwood" will also recognize many of the backdrops.

While not open during active filming, the studio does open its doors for a Cowboy Poetry and Music Festival, and VIP tours of the on-site museum and select areas of the ranch are available.

The museum features icons of movie and television history, like the "Dukes of Hazard" car General Lee, a tank from the T.V. series "M*A*S*H," several vehicles from "Raiders of the Lost Ark" and other memorabilia from some of the most popular films of the last 40 years.

Holiday Inn Express Valencia -- Located near the interstate, this hotel has a fitness center, pool, and

Wolf Creek Restaurant and Brewing Co. -- An imaginative menu served amidst a rustic and charming setting. Dinner entrees pair nicely with the restaurant's own brews.

Sabor Cocina Mexicana -- Authentic Mexican specialties in Spanish-themed surroundings are a highlight of this restaurant, which uses local seafood and produce in their culinary creations.

TRANSPORTATION OPTIONS
Fly -- Los Angeles International Airport is the largest airport nearby. Taxi service or bus routes are available for traveling to Valencia.

Drive -- Rent a car at the airport or book a vehicle from one of the many rental options located right in Valencia. Interstate 5 is the main road running through the city.
Posted by admin at 5:41 PM