Crazy Over 2-NE-1 and other Korean Singers 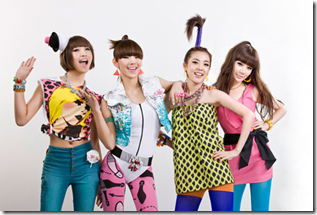 My teenage niece can’t help to giggle and be giddy everytime K-Pop groups came to the country for their concerts. Just last week, she asked permission (actually she didn’t hehe) to go out at night for she and her friends will watch 2-NE-1 concert at the Araneta Coliseum. I just saw her all clad up and I asked her where she is going and there she told me she’s going to watch the concert.

Oh dear, she came home aboard a taxi (which I found very scary) at around midnight after the concert. heir friends will be going out for a drink after the event but she decided not to come with them so she went home with a friend.

Anyway, I have seen her bought some CD of their album and even ordered online some 2-NE-1 posters. Yay, she’s getting over heels with these Korean pop group. Ok well, I can understand her anyway because when I was a teenager, I was crazy over Puerto Rican grp. named MENUDO in the 80’s hahaha..
Posted by admin at 10:36 AM