It’s day 2 of the Pinas visit of my cousin and her hubby. We stayed at Hyatt Hotel near Roxas Boulevard and on their first day, we went on a guided tour to Fort Santiago and Luneta Park.

Day 2: Oct. 27, 2012 (Saturday)- Taal Volcano Trekking Tour
My cousin got our reservations online via grayline and it was a guided tour. We we’re fetched by our tour guide around 9 am and went to other hotels to fetch other tourists that will come with us. 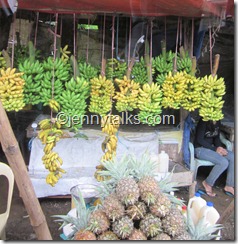 We stopped by Tagaytay City and our tour guide bought some pineapples that we’ll eat at lunch. We had snack at Café Maria and they tried their Civet Cat coffee and Kapeng Barako. Since I don’t drink coffee anymore, I just ate the buko pie instead. 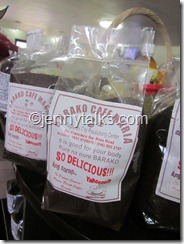 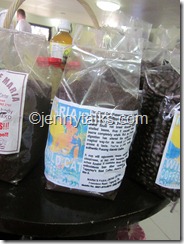 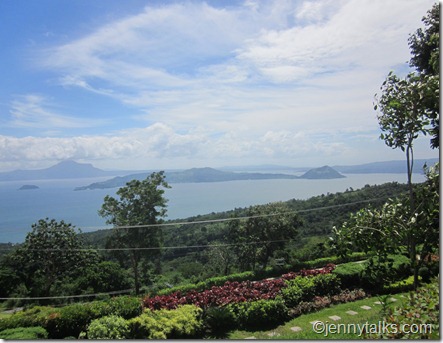 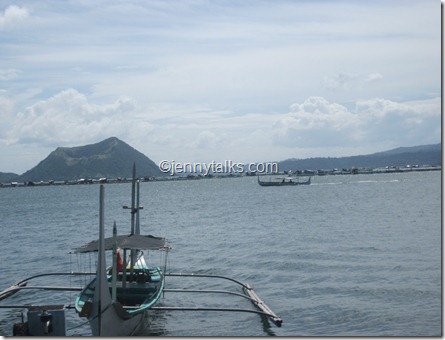 We arrived Villa Amparo Resort in Talisay, Batangas at past 12 noon already and thankfully, it’s not raining that day. We rode this small banca and we got wet because of the big waves. That made the whole experience more fun and memorable. 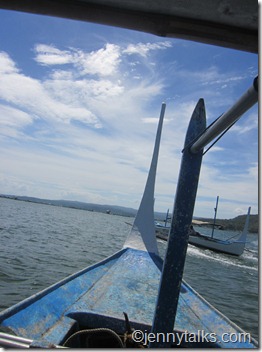 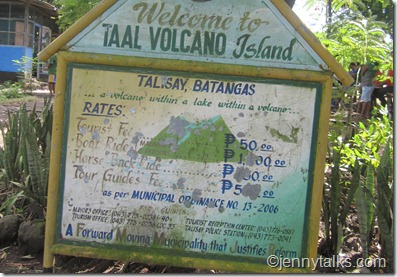 After a bumpy and funny banca ride that took around 30mins or so, we arrived at the foot of Taal Volcano. We rode the horse that took us at the mouth of Taal Volcano. My horse’s name is Dustin and I keep telling our guide not to hit him hard when he doesn’t want to walk up the hill. 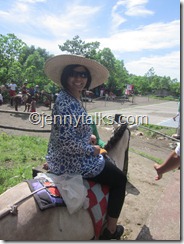 I wasn't able to time how many minutes it took us to the top of the volcano but it was more than 30 mins. I guess. The view along the way was breathtaking and I even saw some smoke coming from the volcano, which means that Taal is really active. 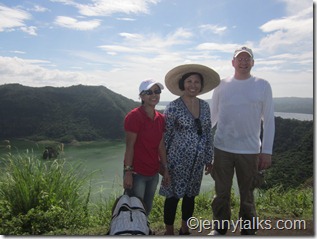 Finally we’re at the mouth of Taal Volcano! Breathtaking view! 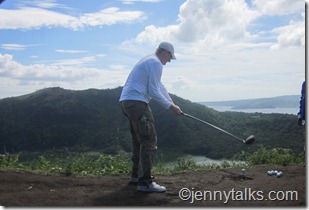 My cousin’s husband even had the chance to hit some golf balls. 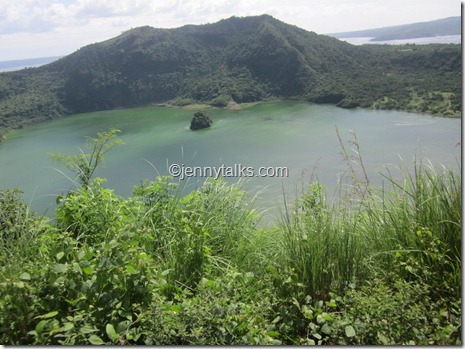 After staying for couple of minutes at the crater, we went down again with our horses. Rode the banca once again and went back to the resort and had late lunch at around 3:30 pm already. They served us adobong chicken, chopsuey, fried tilapia and fresh pineapples. 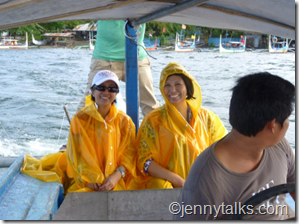